I love to read humor blogs, books, columns, and comics. I think it is easy to hide the dark side of life in humor, so that we can swallow truths easier. Like masking medicine in a spoon full of sugar. I also think that comedy and humor are far harder to write or act than dramatic pauses and sweeps of the arms. Timing is everything, and if you loose the beat, use the wrong word, or start ranting instead, the medicine turns to cough syrup and the flaws are more glaring.

It seems inevitably, the dark humor I liked that was part of the initial draw of a books series for me, wanes away and is replaced with dramatic shadow and light. Juxtaposition, caricature, and doom. It is as though the author stopped seeing the humor and funny in the darkness, and let the shadows sweep through the room and a vacuum is created where the breath of fresh air that is comedy used to stand. The value of laughter has decreased, unfortunately. I wish I could say I strive to be funny, but honestly I’m the most funny when I’m unaware. I say what I think will be a normal sounding sentence, and not so much.

There are two authors I can think of who remain hilarious even as they write over a dozen books, Janet Evanovich and MaryJanice Davidson. Recently I was delighted to discover that Ms. Davidson had written a sequel to her book, Me, Myself, and I, a delightful novel about an FBI agent who struggles with D.I.D. Not not damsel in distress symptoms, but dissociative identity disorder (commonly referred to as multiple personality disorder). I gleefully picked up Yours, Mine and Ours from the library, and setting aside the five other books I was currently trying to read, I stayed up way too late and finished it in three days. While packing for a trip and working two jobs. 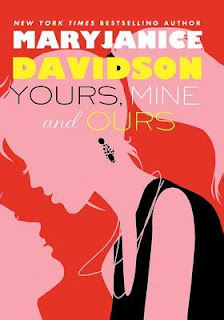 Candace is the main personality, but her sisters, Shiro and Adrienne also have a voice in the story of their lives. Candace is trying to work through the horror that happened when she was younger and which split herself into three parts in order to cope, as well as, have a love life and try to catch a killer.  Candace works for a special division of the FBI, which reasons that the best way to catch a sociopath is a sociopath. To say Candace leads an unusual life is probably the understatement of the year. In Yours, Mine and Ours, Candace and her team are trying to catch the killer of 14- year-old white boys. The killer only kills one boy each summer and the dots are slow to connect. Candace is used to relying on her “sisters,” as she calls her other personalities, when confrontation comes her way. But now Shiro is not popping to the front as quickly as she used to and Candace has to actually deal with some of her own problems.

Ms. Davidson’s work is always witty, clever, and imaginative, but I think that Yours, Mine and Oursis a true work of brilliance. She shows how the three personalities work together, against each other, and how they are every so slowly seep into one another when they used to be quite distinct personalities. I really liked that Ms. Davidson added yet another amazing character to the story with yet another interesting disorder, mirrored-self misidentification. I found it absolutely fascinating. As the story progressed and the inevitable corners were turned and the plot lines twisted, I stumbled behind never knowing where I was headed. It was amazing.

It isn’t easy for me to find a plot twist I don’t see coming, or an ending I haven’t guess, but Ms. Davidson led me on a merry goose chase and it was glorious. The sister’s struggles with not falling for the new handsome doctor who takes them flying on his motorcycle, added a fun sense of romance as Candace tries to manage her relationship with the baker. This story elicits many emotions and I mulled over many questions Ms. Davidson asks, without ever really asking, long after I had finished reading the printed pages.

While Ms. Davidson usually writes about vampires, werewolves, and mermaids, I think that this series also slants toward science fiction. Because if the FBI really has sociopaths catching sociopaths, I’m gonna have even crazier dreams when I try to sleep at night than I already do.

4 thoughts on “Book Review: Yours, Mine and Ours” 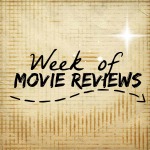