Ok. So this isn’t really Doctor Who related, but I’ve reviewed the rest of season 4 of Fringe and leaving the last episode un-reviewed is like a black cloud over my shoulder. I hate to leave lists unchecked (or not crossed out) and when I start a project, I finish it (even if no one is reading them). Honestly, I was a little disappointed with how predictable the season finale of Fringe was this year, and is probably why I kept putting off reviewing it. And then life got in the way of living and all the things I wanted to get get done in a day were impossible to perform and the things I didn’t want to do, just didn’t happen. So, I’m going to try and do this as quickly and painlessly as possible.

If you forget how Part I went of the finale, read my review here. Basically there is spontaneous human combustion, nanites, betrayal, and Poor Peters. Bell is back on the scene and he is the one who has been manipulating Jones all this time. Then there is a show down between Olivia and Jones whereby Olivia punches Jones through Peter’s body (who lost all his fighting mojo for some reason). Walter and Astrid are tracking down Bell, are involved in a shoot out and Astrid is shot. The end. My post maybe even had a picture of Jared Harris’ head on top of a drag queen. Because, hey if I have to suffer the effects of an over active imagination, you do too. And now for Part II

Not with a bang but a whimper.

Though shot, Astrid is rushed to a hospital and lives. Was anyone surprised by this? I was not surprised by this. The Red Haired Helper from Part I turns out to be a vixen. Long live the red heads. She traps an Observer, transports him to a warehouse, where Olivia and Peter catch up to her. She shoots bullets at The Observer, September, who deflates them. Then she pulls out a mega gun, and actually gets a shot into September before Olivia stops her mega bullets. Olivia sends the bullets back to Red Haired Helper who dies. Peter attaches the dead body to electrodes and shocks enough memories back into her to realize that Bell has all the mutants on a boat in the middle of nowhere. September and Olivia talk about him being shot, like he was when he told her she was going to die, and he realizes he has to go back in time, so all of the season happens like it is supposed to happen.

Olivia’s powers are growing rapidly and they hope to be able to confront Bell with the collective power behind the three of them. Walter as the mad scientist, Peter as the man out of time and place, and Olivia as super powered chick. The team takes a chopper to the water but only Peter is able to see the boat because he can see into the Alternate Universe (A.U.) where Bell is playing Noah. Olivia is able to transport her, Peter, and Walter to the boat in the A.U. where they confront Bell. Who actually is playing God, not Noah. Bell tries to talk sense into Walter. Saying, this was Walter’s idea after all. He was just too much of a wimp to see the idea of a universe without god exist. But Bell is no pussy, and so he and his mutants will survive the universes collapsing. He always knew Walter would follow him into this universe, and as the remaining two flawed species the humans would die out and a perfect world would exist. But now that Olivia and Peter are here, it is actually better. They can be Adam and Eve.

Bell confirms that he removed Walter’s brain because Walter got so scared at where he was going with this idea. Which turns out to be a fortunate thing, if you remember from the time leap forward episode. Walter suddenly understands where Bell’s power source to make the collapse happen is coming from, it is Olivia. The only way to stop two universes from ceasing to exist is to kill Olivia. Bell taunts Walter that he wont be able to do what needs to be done.

Walter shoots Olivia and she dies. No joke. And I guess my theory that one of the universes Olivia’s had to give way to an alternate timeline’s memories, was not a metaphor for Olivia dying. She actually had to cease to exist physically. Like I said, not the first time I was wrong watching the season finale.

The universes do not collapse, so Bell rings his bell (no, an actual bell) and disappears. Peter is beside himself. He looses it. Absolutely and with no reserve. His great love has died, at the hands of his father. He goes crazy, clutching at Olivia’s dead body and weeping. (This is why I totally am in love with Joshua Jackson. He has the amazing capacity to just let go, every emotion showing on his face. What a great actor.)

Walter slaps Peter and tells him there is no time for this display of madness if they want to save Olivia. It is the first time of a major reversal between the two men. Walter has made great progress from the mad scientist, but Peter is always very much in control. To see this change was a great shock. Even greater than watching Olivia come back alive after Walter pushes the bullet out of her head with a letter opener. Remember the lemon cake and pig brain? Walter realizes the stuff they gave Olivia when she was a child would heal her brain now. Plus, she’s like super woman, of course she is going to live. Nobody really dies in sci/fi.

Peter is told that there is something different about Olivia. What it is, is anyone’s guess. The two likely choices are brain damage from the impromptu surgery or a pregnancy which was foreshadowed in Part I. I’m going with the pregnancy. Guess what? Olivia is pregnant. Fringe is given more funding and recreated and Broyles is promoted.

So, the Observer story is pretty much wrapped up as far as their appearance in the teams past. I think Peter  is going to turn out to be an Observer at some point so he can find Olivia who somehow gets lost. Reasons why I think this: 1) Remember that viral video where Joshua Jackson appeared at the end of the video as an observer to read lines for an “audition?” I still think Peter is going to be one of the humans who crosses time lines at will (he’s done it already popping up in the lake when he wasn’t supposed to). 2) Olivia did not show up in the Letters in Transit, which while billed as an alternative time line could still take place in the future of the present time line. So if Olivia is gone, and the Observers rule, perhaps Peter must become an Observer to find Olivia and save his family. Reuniting his wife and daughter. 3) Just because Bell disappeared doesn’t mean he can’t come back and chase after Walter and Astrid and Peter inducing the scene they were ambered in. 4) They brought up taking a part of Walter’s brain out again, which is important to the story line of the future where it is needed. 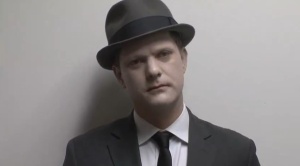 This is really the only place I see this story going next season. There really isn’t room to do much more. Which is my whole Meh feeling at the end. I’m so not invested in Peter and Olivia’s daughter. I didn’t really like the actor they chose, she seemed to be walking around in ill fitting skin. Maybe this was on purpose, but it makes her look like not such a badass. So, we’ll see. Walter is a brilliant character and I will always come back for more if he is included. Not sure how I feel about, Peter is suddenly the father of a twenty something, but OK. Fine.

Granted Part II was a little more interesting than Part I and I understand that the writers didn’t know if they were coming back for a season 5, and when they found out they were, found out it would only be for 13 episodes, so they had to wrap up a lot while leaving some possibility for a short season 5. To this end, they did a good job. Part II was pretty entertaining, concluded a lot of story lines, and was a decent season finale. When they tried to stretch it at the last minute to accommodate the next season, it seemed a little tacked on. The last five minutes especially. But there are few finales I find do a good job of wrapping up story lines and intriguing the viewer with possible new ones. It is a hard line to find. Here’s hoping for more brilliancy next season.